Dhaka is home to thousands of Bangladeshi businesses and the offices of many international corporations.It hosts several major arts festivals, including the annual Ekushey Book Fair, the Dhaka Literature Festival and the biannual Dhaka Art Summit. The city has the largest number of cycle rickshaws and is known as the Rickshaw Capital of the World. 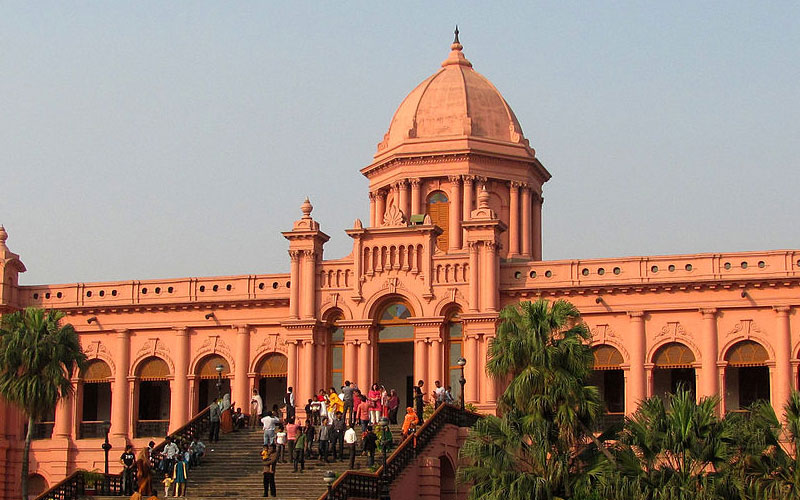 Ahsan Manzil is one of the most significant architectural monuments of Bangladesh. The building structure was established on a raised platform of 1 meter, the two-storied palace measures 125.4m by 28.75m. The height of the ground floor is 5 meters and the height of the first floor is 5.8 meters. There are porticos of 5 meters height on the northern and southern sides of the palace. 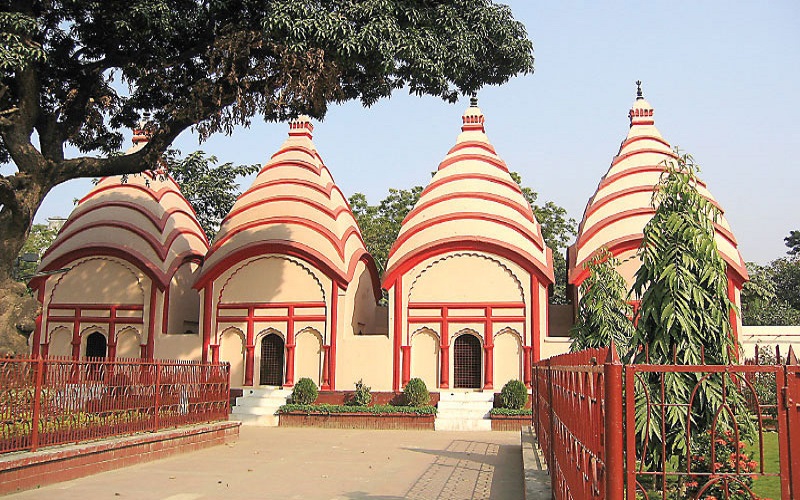 Dhakeshwari National Temple is a Hindu temple in Dhaka, Bangladesh. It is state-owned, giving it the distinction of being Bangladesh’s ‘National Temple’. The name “Dhakeshwari” means “Goddess of Dhaka”. Since the destruction of Ramna Kali Mandir in 1971 by the Pakistan Army during the Bangladesh Liberation War, the Dhakeshwari Temple has assumed status as the most important Hindu place of worship in Bangladesh. 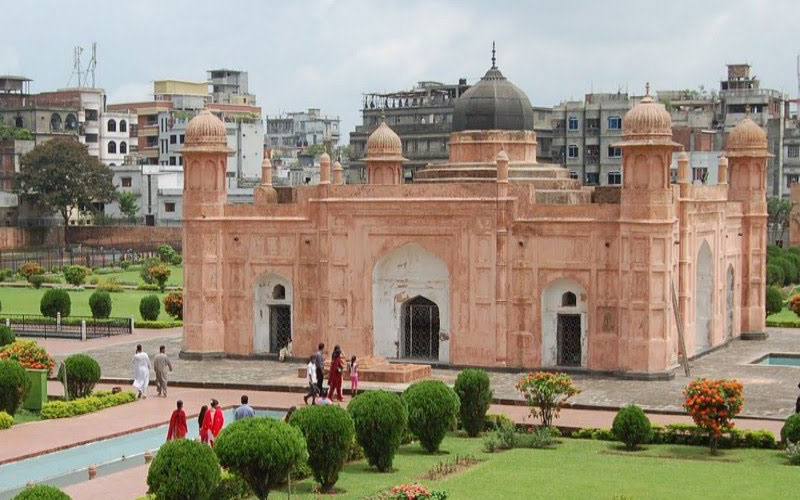 Lalbagh Fort (also Fort Aurangabad) is an incomplete 17th century Mughal fort complex that stands before the Buriganga River in the southwestern part of Dhaka, Bangladesh.[1] The construction was started in 1678 AD by Mughal Subahdar Muhammad Azam Shah who was son of Emperor Aurangzeb and later emperor himself. His successor, Shaista Khan, did not continue the work, though he stayed in Dhaka up to 1688. 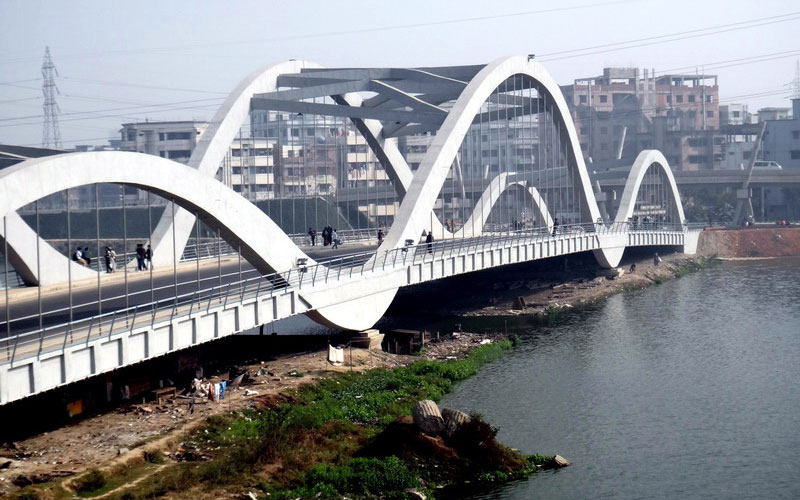 Hatirjheel also known as Hatirjheel-Begunbari is a lakefront in Dhaka, Bangladesh that has been transformed into a transportation medium for minimizing traffic congestion.The area was constructed under Bangladesh Army and ‘Special Works Organization’ (SWO). It is now a popular recreational spot for residents of Dhaka and currently undergoing renovation.This makes Hatirjheel lake the largest water body inside the capital of Bangladesh 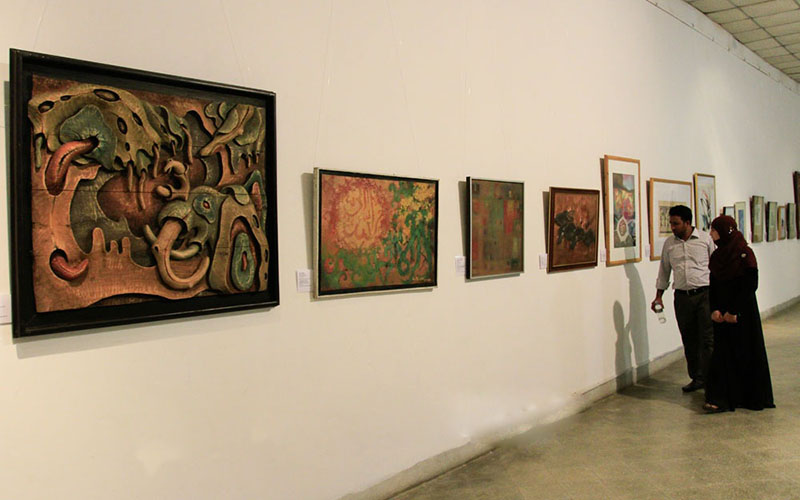 Star Mosque was first built by Mirza Ghulam Pir, as a three domed oblong edifice. But an over enthusiastic and zealous merchant named Ali Jan Bepari completely remodelled and reconstructed it with extremely delicate and richly coloured tiles of variegated patterns. Ali Jan has added the new verandah, that is mentioned in the introduction, on the east and spent lavishly on importing Japanese and English decorated China clay tiles to improve the inner and outer show of the mosque. It is now a five domed structure. In 1987.