Rajshahi is a metropolitan city in Bangladesh and a major urban, commercial and educational centre of North Bengal. It is the administrative seat of Rajshahi Division and Rajshahi District. Located on the north bank of the Padma River, near the Bangladesh-India border, the city has a population of over 763,952 residents.The city is surrounded by satellite towns like Katakhali & Nowhata, which together build an urban agglomeration of about 1 million population.Modern Rajshahi lies in the ancient region of Pundravardhana. The foundation of the city dates to 1634, according to epigraphic records at the mausoleum of Sufi saint Hazrat Shah Makhdum. The area hosted a Dutch settlement in the 18th century.The Rajshahi municipality was constituted during the British Raj in 1876. It was a divisional capital of the Bengal Presidency. 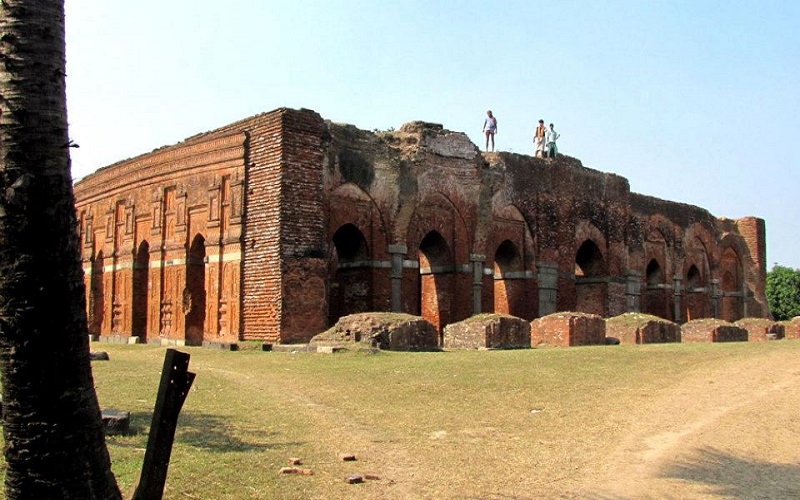 Darasbari Mosque is a historic mosque that was built in 1479 AD and is located in Shibganj Upazila of Chapai Nawabganj District, Bangladesh.It is situated about one kilometer to the south-west Kotwali Gate and about half kilometer to the west of the Chhota Sona mosque.According to an inscription, this brick built mosque was constructed by the restored Iliyas Shahi sultan Shamsuddin Yusuf Shah, son of Barbak Shah. Presently, the mosque has no roof and has a fallen verandah.The prayer room is accessed from the east by seven pointed-arch openings from the verandah.

Makhdum Shah Daulah Shahid was a Fourteenth Century Muslim saint recognized for his preaching of Islam in northern India.He was martyred at Shahjadpur in Sirajganj District,Rajshahi District is now northwestern Bangladesh.Makhdum Shah was the second son of Muaz bin Jabal,a king of Yemen.The king was displeased with the disruption caused by Makhdum Shah and his followers and ordered them expelled from his kingdom.Makhdum Shah is buried in Shahjadpur in Sirajganj District, near the Shahi mosque.The Shah Makhdum Airport,a domestic airport serving Rajshahi is named after him. 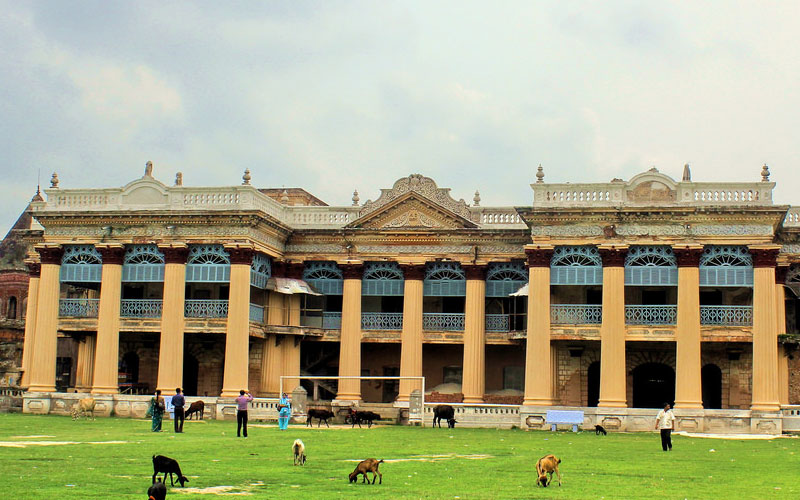 Puthia Rajbari is a palace in Puthia Upazila, in Bangladesh, built in 1895, for Rani Hemanta Kumari, it is an example of Indo-Saracenic Revival architecture. The palace is sited on the Rajshahi Nator highway 30 km from the east of the town and one km south from Rajshahi Nator highway. It is currently used by Lashkarpur Degree College but is in a poor state of repair.Initially, Puthia was a village of Laskarpur Pargana, named after Laskar Khan. Nilamber, the brother of the first Zamindar of Puthia, who was the first to receive the title of Raja from Jahangir. A partition of the estate took place in 1744 and the zamindari was divided among 4 co shares among whom the panch ani and char ani co-shares become famous in conducting jamindary. 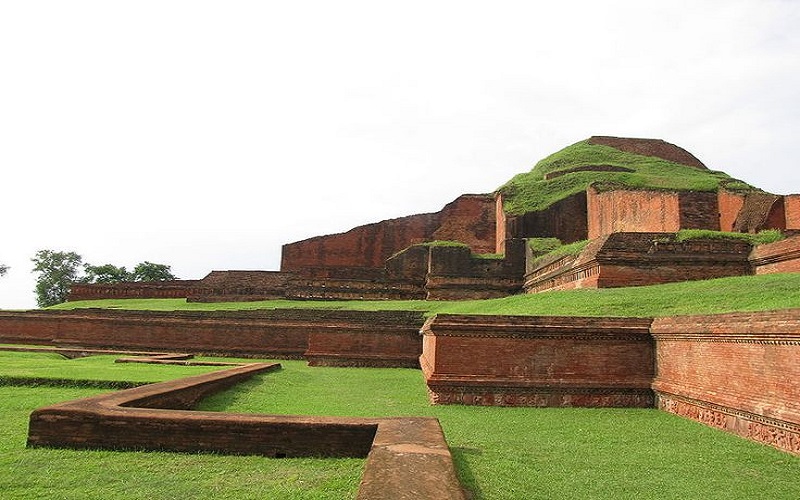 Somapura Mahavihara in Paharpur, Badalgachhi Upazila, Naogaon District, Bangladesh is among the best known Buddhist viharas in the Indian Subcontinent and is one of the most important archaeological sites in the country. It was designated as a UNESCO World Heritage Site in 1985. It dates from a similar time period to the nearby Halud Vihara and to the Sitakot Vihara in Nawabganj Upazila of Dinajpur District.A number of monasteries grew up during the Pāla period in ancient Bengal and Magadha. According to Tibetan sources, five great Mahaviharas stood out: Vikramashila, the premier university of the Nalanda, past its prime but still illustrious Somapura Mahavihara and Jaggadala. 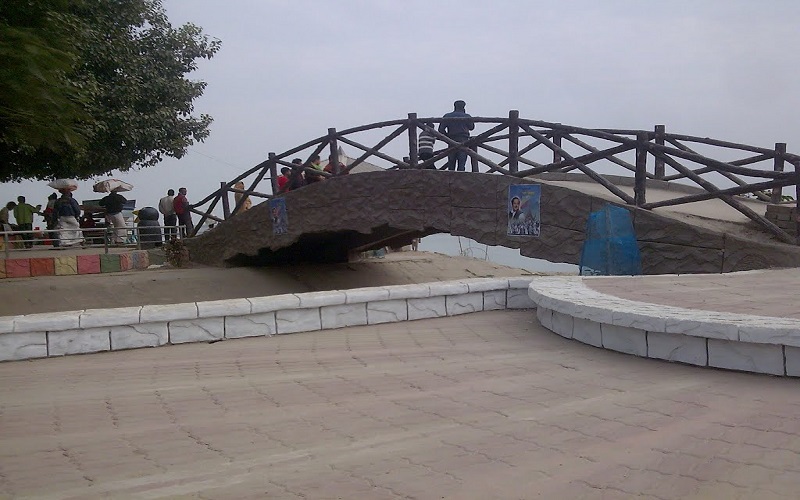 Choto Shona Mosque is located in Chapai Nawabganj district of Bangladesh. The mosque is situated about 3 km south of the Kotwali Gate and 0.5 km to the south-east of the Mughal Tahakhana complex in the Firozpur Quarter.The mosque was built during the reign of Sultan Hussain Shah, between 1493 and 1519.