Malaysia offers two very distinct experiences: the peninsula and Borneo (an island shared with Indonesia and Brunei). The peninsula is a mix of Malay, Chinese and Indian flavors with an efficient and modern capital, Kuala Lumpur. 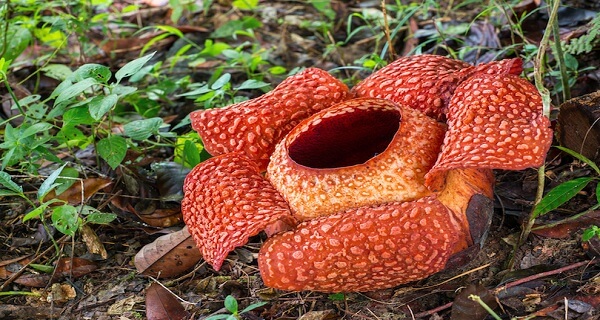 Wannabe botanists likely will enjoy a visit to Gunung Gading National Park where the world’s largest flower grows. Rafflesia blooms can grow up to three feet in diameter, and have a nasty smell. The blooms die after a few days; the good news is they can bloom anytime of the year, though the best time is November through January. But there’s more to see than just one flower. The Sarawak park has nice beaches, rugged mountains and jungles just made for hiking. 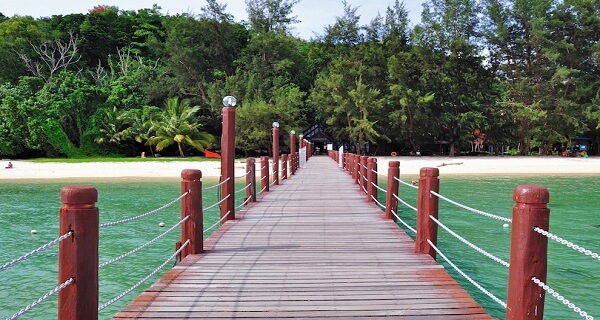 Water activities shine at Manukan Island, the second largest island in Tunku Abdul National Park, Malaysia’s first marine national park. Located in eastern Malaysia’s Sabah state, the park is known for its great beaches – the best beach is at the island’s eastern end. Travelers also will find coral reefs offshore that offer some pretty spectacular scuba diving and snorkeling. Manukan Island has the most developed tourist facilities of the five islands in the park, and is accessible by ferry from Kota Kinabalu.

As temples go, Kek Lok Si Temple at Penang is a relatively new temple, dating back only to 1891. Despite its youth, it is one of the most important Chinese Buddhist temples in Southeast Asia. The Temple of Supreme Bliss, as it’s also known as, is an impressive sight, with countless images of Buddha another Buddhist icons and gods. It is the largest Buddhist temple in Malaysia and draws pilgrims from throughout Southeast Asia. The main highlight of the complex is the Temple of Rama IV with its 10,000 Buddha carvings. 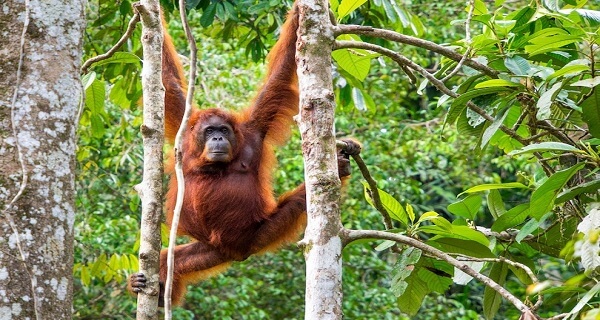 The Semenggoh Nature Reserve is famous for its orangutan orientation program in which orphaned or rescued orangutans are taught to live in the wild. Because of this, the surrounding forests have a thriving population of orangutans that are breeding in the wild. The best time to see the orangutans are the morning and afternoon feeding sessions. The Semenggoh Nature Reserve Also has a thriving bird population with colorful exotic Malaysian birds, including the Bornean black magpie, yellow rumpled flowerpecker, Malaysian honeyguide and brown hawk owl. 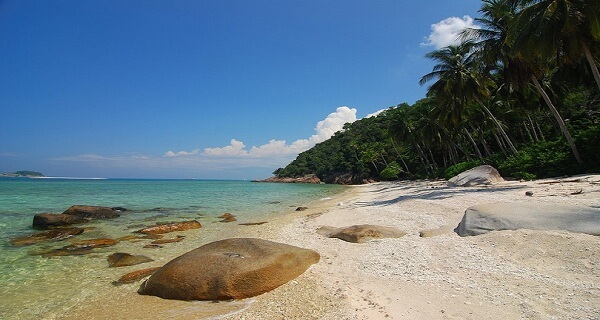 Redang Island is made for beach lovers, with its white sand beaches and crystal clear ocean water, making it popular with snorkelers – great snorkeling is the island’s main attraction. Scuba divers love it here, too. Though it’s one of the largest islands off the eastern Malay Peninsula, it’s small enough that visitors can get around on foot, either on roads or trekking through the jungle. Redang Island is one of nine islands in a marine nature reserve. Accommodations are mostly resort style.

Kinabatangan River is the second longest river in Malaysia, stretching nearly 550 km (350 miles) from the mountains to Sulu Sea. Located in Sabah state on Borneo, the Kinabatangan River is known for its diverse wildlife and vegetation. It’s a good place to see Asian elephants, crocodiles, proboscis monkeys and Bornean orangutans – it’s one of two places in the world to find 10 species of primates, as well as 200 bird species. It’s known, too, for rain- and limestone forests, and salt and freshwater swamps.